Immersive gaming no longer refers merely to games that you can get lost in. With the advent of sophisticated haptics and virtual reality (VR) technology, immersive gaming increasingly describes a holistic approach to gaming that allows players to get truly lost within a fictional world.

Creating an immersive gaming environment is the goal of many modern game developers. Over 54 million Americans now use virtual reality systems, with double-digit adoption growth projected for the near future. Game producers at big tech have taken notice, leading to the proliferation of new interactive games across a slew of gaming platforms, devices, and immersive gaming stations.

Meta, the parent company that owns Facebook, Instagram, and WhatsApp, has spent more than $36 billion on the Metaverse, a planned virtual reality world reminiscent of the popular video game Second Life. While this open-world game has turned into an embarrassing quagmire, the cause of its failure seems to hinge more on poor graphics, a lack of clear game objectives, and uncompelling gameplay than an unwillingness by the public to engage with VR.

With each passing year, the Matrix is looking less like science fiction and more like reality. With that said, immersive gaming encompasses more than virtual reality. Immersive gaming describes a wide set of features, many of which are fine-tuned to interact with human psychology to produce strong feelings, sensations, and experiences that mirror reality.

Immersive Gaming Defined: What Sets It Apart From Traditional Gaming Immersive gaming interacts with more senses. Haptic feedback systems have grown significantly more sensitive and sophisticated. Slight buzzes, minor vibrations meant to emulate the pitter-patter of rainfall, and fear-inducing rumbling have transformed the once humble video game controller into a portal to a vibrant array of physical sensations.

VR headsets close participants off from the surrounding world, muffling ambient noise in the process. Meanwhile, cutting-edge graphics and increasingly sophisticated storylines, and worldbuilding induce flow-state in users, weakening their sense of time and self in the process.

Why Video Game Immersion Is More Important Than Ever With technology marching at a breakneck pace into the future, video game companies can no longer afford to neglect immersive aspects in their games. Gamers crave the heightened sensations and more challenging gameplay offered by immersive gaming consoles. What's more, these games have opened up tantalizing possibilities in the fields of medicine, social media, vocational training programs, and even aircraft maintenance. Immersion in video games may soon become an important aspect of certain therapies and job training programs.

Expansion and Popularity of Augmented and Virtual Realities

COVID-19 restrictions saw an explosion in the popularity of augmented reality and virtual reality games. While the world has moved on from the pandemic, VR is in no danger of disappearing. Worldwide, virtual reality is expected to experience explosive growth, rising from $7.92 billion in 2021 to $53.44 billion in 2028.

Falling prices and more sophisticated technology have facilitated the expansion, with notable advances in optics, headsets, immersive mission game rooms, and haptic technology. While much of this growth will be driven by the increasing adoption of VR gaming by individuals, the potential for VR utilization in other industries and sectors remains a potent growth possibility.

Research supports the notion that gamers prefer VR and augmented reality due to the increased sense of presence felt within the context of an immersive game. By touching on more bodily senses, immersive video games draw users deeper into the gameplay, often inducing a flow state in the process.

The flow state is a well-studied phenomenon that entails a deep level of absorption in a task. While in a flow state, time seems to stand still, and concentration is total. Depressive symptoms may lessen or disappear, and individuals experiencing a flow state report feeling happier and less anxious. 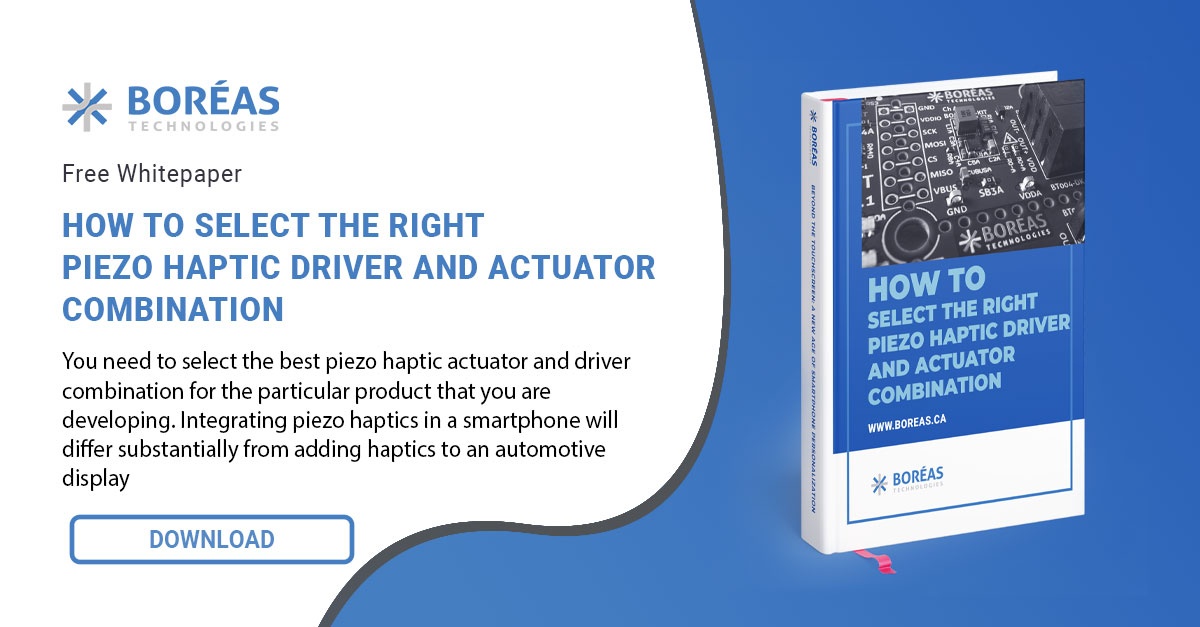 How Haptic Technology Is Being Used To Create Immersive Games

Haptic technology is nothing new. However, earlier haptics failed to provide a truly immersive experience due to their clunky and imprecise nature. Only recently has haptic technology advanced to encompass a broad array of sensations, ranging from light vibrations to Earth-shaking rumbles. This latest tech allows players to embrace fully immersive gaming.

Complex haptics does more than signal the arrival of a final boss. It firmly plants the user within the virtual world by providing a varied range of predictable feedback that effectively tricks the body into feeling as though it's experiencing real sensations. For the past few years, we have concentrated on becoming experts in piezo haptic feedback. From the Nexustouch to our piezo haptic trackpad, our team knows what it takes to create an immersive, compelling and realistic haptic effect. Contact us to transform your product with high-definition haptic effects.