You probably remember the novelty of switching over from your flip phone to your first smartphone. As you marveled at the futuristic device, one of the first features to strike you was the absence of a mechanical keyboard. With a flat touch screen dominating the phone's surface, the virtual keyboard became the only way to type out a text message or perform a Google search.

These early keyboards had limited haptic feedback systems that barely expanded past the vibration your phone makes when you receive a call. This made for a less-than-satisfying user experience. Designers took note and later smartphone iterations utilized detailed sensory feedback to help you navigate your phone's essential features.

What Are Haptic Buttons? Haptic buttons provide physical feedback through your smartphone screen. Imagine that you're sliding the volume bar up and down on your glass screen. Haptic technology can provide touch resistance, making it feel as though you're actually moving a physical object. Haptic buttons help with usability. Differentiated feedback can help you keep track of your actions. The resistance you feel as you tap on your screen improves efficiency and speed.

Other forms of haptic feedback can help with different tasks. While playing a video game on your smartphone, the ominous shaking that accompanies a damaging attack can help keep you on your toes. Haptic buttons can integrate into various online and in-app features as well. If you deposit a virtual check into your online bank account, strong haptic feedback can provide reassurance that the action was completed. Haptic buttons often work in conjunction with visual feedback systems. When you're typing, you see the letters appear on your screen as you type. The tactile feedback accompanying each letter helps you type faster and with greater confidence.

Haptic technology lets you keep your phone's clicky buttons without the mechanical component. Traditional mechanical keyboards provide openings for dirt and dust to creep into the device. With haptic buttons, you can protect against all forms of foreign objects from dust and dirt to rain and humidity.

Not only does eliminating physical buttons enhance durability, but it also allows for a larger screen and more varied uses. Virtual keyboards can slide up and down, doubling your screen area for reading, internet browsing, or watching videos. Doing away with physical keyboards has made room for more advanced gameplay for cell phone gaming. 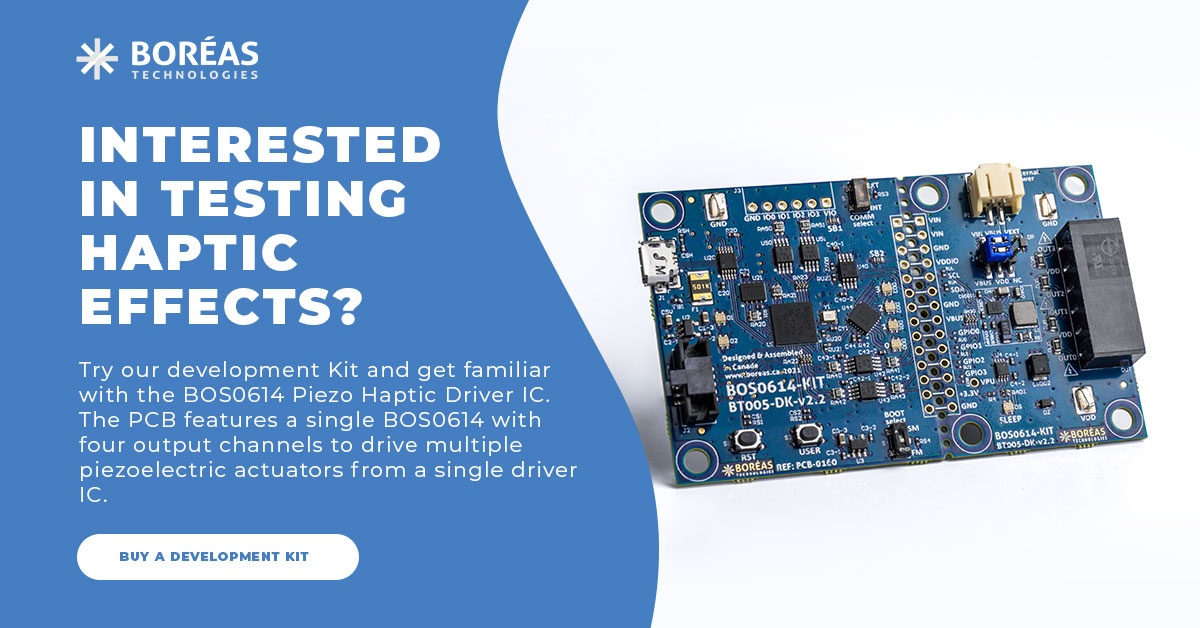 A Sleek Design With a Larger Usable Surface Area

Maximize total screen area with haptic buttons. By eliminating physical keyboards, you can transform your entire phone into a single screen. More usable surface area means more opportunities for customization. Turn your smartphone into a video game controller with an expansive touch-screen and detailed haptic vibrations.

The Current Limitations of Haptic Technology and Cell Phone Design The current generation of haptic controls suffers from bulky Linear resonant actuators (LRA). An LRA is a vibration motor that produces an oscillating force across a single axis. If you've ever set your phone to vibrate, chances are you've experienced this type of technology. LRA vibration motors offer limited efficiency due to their size, slower ramp-up speed, and limited range of activity.

While they're fine for letting you know that someone's calling or as a rumble feature on a video game controller, they lack the size and range to replace mechanical keyboards or provide detailed, real-time feedback as you're navigating through a smartphone app.

The Solution: A Piezo Haptic Driver Piezo drivers offer numerous advantages over traditional haptic drivers, such as LRA. Not only can piezo drivers provide much more finely differentiated touch feedback, but they also allow for the use of tactile buttons and virtual keyboards. Piezo haptic drivers make everything from playing games to typing a text message easier and more enjoyable. In addition, they also offer the following advantages to traditional haptic technology:

The market in smartphones will increasingly turn to piezo haptics as OEMs find new uses for the budding technology. One of the great advantages of smartphones with haptic buttons is the ability to customize feedback for different software functions. You can program haptics to change their response depending on the application in use. Piezo drivers can provide a nearly limitless range of tactile feedback opening up a world of opportunities for smartphone manufacturers and app developers.

Rumors that the upcoming iPhone 15 pro model will get rid of mechanical volume buttons and the traditional on-off switch have the internet abuzz. Replacing these features with solid-state buttons would provide greater device durability and longevity. Mechanical parts have a tendency to wear down and break over time. Solid-state buttons also provide more resistance to water damage.

The next wave of smartphones will reject mechanical buttons in favor of tactile feedback. At Boreas Technologies, we operate on the leading edge of haptic technology. Use our piezo drivers to deliver high-definition haptic feedback to your next-generation smartphone! 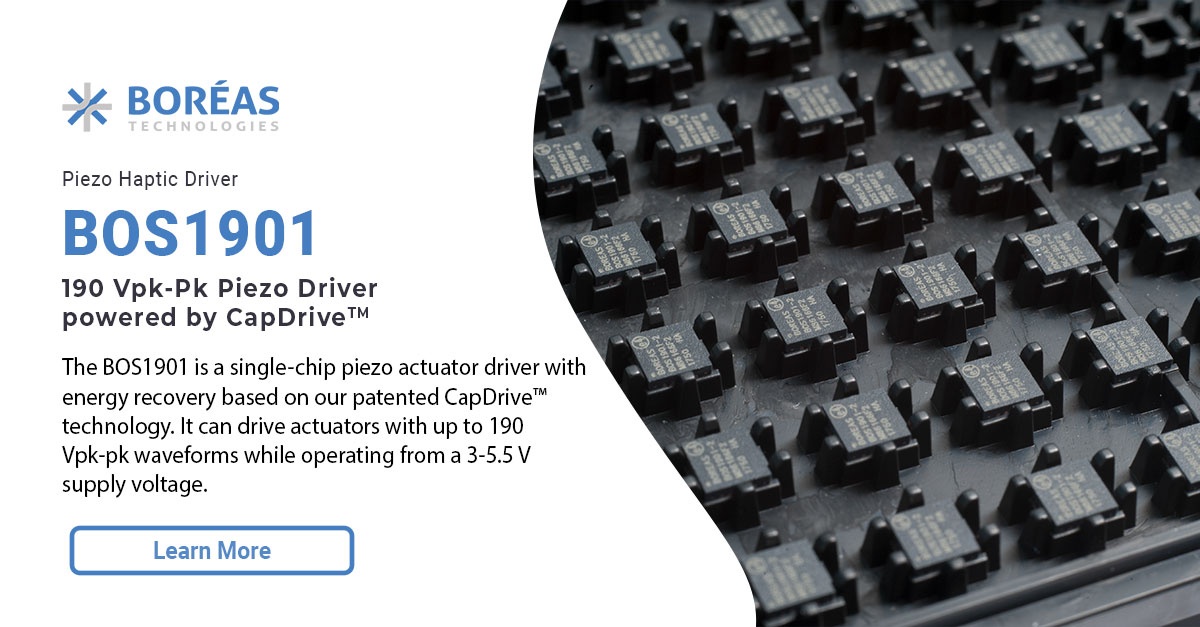