Haptic feedback technology allows users to receive information through their body, providing an embedded bodily sensation that transmits critical information about the system the user is engaging with. Mobile phones, for instance, vibrate to alert their owner that they've received a message. This vibration is a type of haptic feedback. Haptic feedback can augment auditory and visual feedback and enhance the user experience.

Kinesthetic feedback systems simulate the weight or pressure of an object. For instance, in a driving video game, the steering wheel may resist turning when moving at higher speeds or operating a heavier vehicle. This type of feedback directly impacts the muscles of the user. In the driving game example, the user has to apply more force to get the desired response from the steering wheel. Ultrasound tactile feedback uses high-frequency sound waves to simulate sensations within an environment. Two or more emitters send ultrasound to one another to create a haptic feedback field, creating sensations in users who simply walk through the field. Ultrasound tactile feedback does not require those experiencing the haptic feedback to wear devices themselves. However, it's more expensive and creates a less vivid experience than its vibrotactile and electrotactile counterparts. 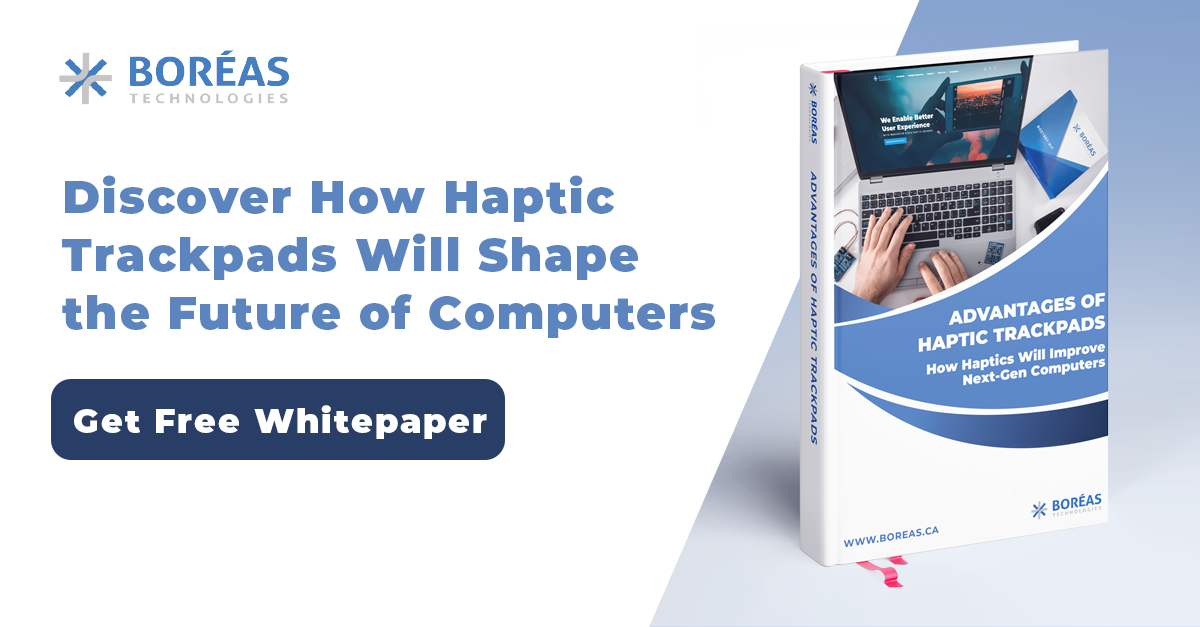 While a raw description of haptic feedback systems is certainly interesting, haptic technology applications may not be immediately apparent, particularly when thinking of haptics as an abstract, aesthetic experience. However, haptic feedback systems are much more than a novelty; they open up an entirely new communication channel between a device and its user. We already transmit information through sight and sound, but creating corresponding sensations for each cue deeply enriches a user's experience. Here are a few applications of haptic feedback technology:

Haptics have been in gaming since the 1990s. Any rumble functionality on a controller, no matter how primitive, is an example of haptic feedback. However, these haptic responses have become more and more nuanced, with different vibrations alerting gamers to different kinds of in-game events.

Touchscreens have now largely replaced controllers, especially for casual gamers. Touch screens with haptic feedback have bridged the sensory gap between static, physical controllers and their touch-sensitive counterparts. Tactile displays equipped with haptic feedback may not sit in every living room yet, but most smartphones have haptic displays — some more capable than others.

Even less hardware-intensive user interfaces can dramatically impact player experience. For example, trackpads and mice that provide haptic feedback to users can simulate resistance and vibrate according to in-game action, supplying the player with more information. Similarly, haptic styluses can enhance the textural experiences of artists, bridging the experiential gap between crafting in physical and digital mediums.

With the rise of virtual reality (VR) gaming and specialized hardware, haptics are poised to play a more central role in the gaming industry. Haptic suits outfitted with wearable piezos can immersively simulate otherworldly environments and sensations for players, transporting them directly into the game world. Electrotactile and vibrotactile feedback systems, in particular, are well-suited to this task. Human reflexes are closely tied to our haptic perception, and stimulating tactile perception can encourage humans to react appropriately to changing situations. Haptic feedback can also transmit familiar situations across distances, permitting more measured responses in situations that might lead to a sudden or jerky movement.

This type of intuitive robotic assistance may completely revolutionize surgery. Surgeons already use tactile feedback heavily to aid in their decision-making process. Sometimes tissues present with abnormal texture or firmness, necessitating a sudden change in course on the surgeon's part. Surgeons using robotic systems that lack haptic feedback are losing out on all of the information otherwise transmitted to them by their sense of touch. Outfitting robotic surgical equipment with haptic feedback reopens an old multimodal feedback channel that surgeons rely on to make good decisions and carry out successful operations.